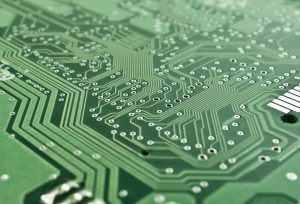 This article is the first of a Brexit Institute Blog Series on “Brexit and blockchain technology”, where we aim to assess the impact of blockchain on the Brexit process under various perspectives. Other contributions are going to be featured in the coming weeks.

A cornerstone of the debate surrounding Britain’s departure from the European Union are the implications Brexit would have on the border between the Republic of Ireland in the South and Northern Ireland. A no-deal Brexit increases the likelihood of a hard border between the two which reanimates historic contentions. In addition to heightened cross border tensions, a hard border may bring about dramatic implications for trade. The free passage of goods and services is undoubtedly important as 30 per cent of Northern Ireland’s exports travel to the Republic although just 1 per cent of Republic’s exports make the voyage North.

Britain’s departure from the EU would necessitate a customs border at which goods are typically checked to calculate and levy customs duties, to ensure compliance with standards and regulations in addition to identifying contraband or illegal goods. Due to the amount of trade between North and South, a typical customs border may significantly increase delays in crossings. To alleviate these delays and create a more seamless border, the British Government have suggested the utilisation of blockchain technology. Blockchain technology may have the clearest potential to solve the contentious issue of a customs border between the Republic of Ireland and the North.

How Can Blockchain Technology Be Used to Create a Frictionless Border Crossing?

Blockchain technology ensures that the integrity of documentation is maintained while allowing for an online database that is easily accessible for any relevant parties. By utilising blockchain technology paired with number plate recognition and QR software, companies transporting goods across the border could do so without being stopped and searched as is necessary at a traditional customs border. Prior to crossing the border, blockchain would enable for goods being transported to be uploaded to the shared and secure ledger. The details logged held on the ledger could automatically be matched to registered vehicles identified at the border crossing, similar to commonplace toll tags. Non-registered vehicles could be identified by the relevant authorities and pulled over and checked as appropriate. The applicable customs levies can be calculated in advance and automatically charged with the enactment of a triggered smart contract, to the importer or exporter upon crossing the border once the license plate recognition technology logs the transit. Blockchain technology allows for automated payments to be made which in turn reduces the trade costs for all parties involved. The ability to process secure transactions and create verifiable and permanent records of these payments reinforces the argument that a blockchain solution would be a highly dependable one.

A blockchain solution would make transport of goods across the border far more streamlined than a traditional customs checkpoint while substantially cutting delays and possibly negating the necessity of a physical barrier on this historically conflict fuelled border. While blockchain technology may be a perfect solution to ensure the transport of goods across the Irish border, there is no reason for it to stop there. An estimated 16,000 trucks transporting goods pass through the port of Dover travelling between England and France every day. 44 per cent of all British exports went to the EU in 2017, and many of these exports must first travel through France.

A no-deal Brexit would necessitate customs checks between these two countries which would cause significant delays. The New York Times reported that as of June 2018, 2 per cent of trucks passing through the port of Dover were checked by customs agents. A no-deal Brexit may cause this figure to jump to 100 per cent, creating an estimated 17-mile traffic jam every single day. This would undoubtedly cause considerable delays and have a potentially monumental financial impact on British and European companies. Blockchain technology has the capability to solve this problem and create a streamlined system for the transport of goods across borders. And indeed, has the potential to revolutionise and expedite the transport of goods through customs checkpoints all over the world.

Lory Kehoe is Managing Director and Country Head of ConsenSys, Irish leading blockchain company. He has also been an adjunct assistant professor of Technology Trends, Strategic Management and Information Systems in Trinity College Dublin, for more than ten years.