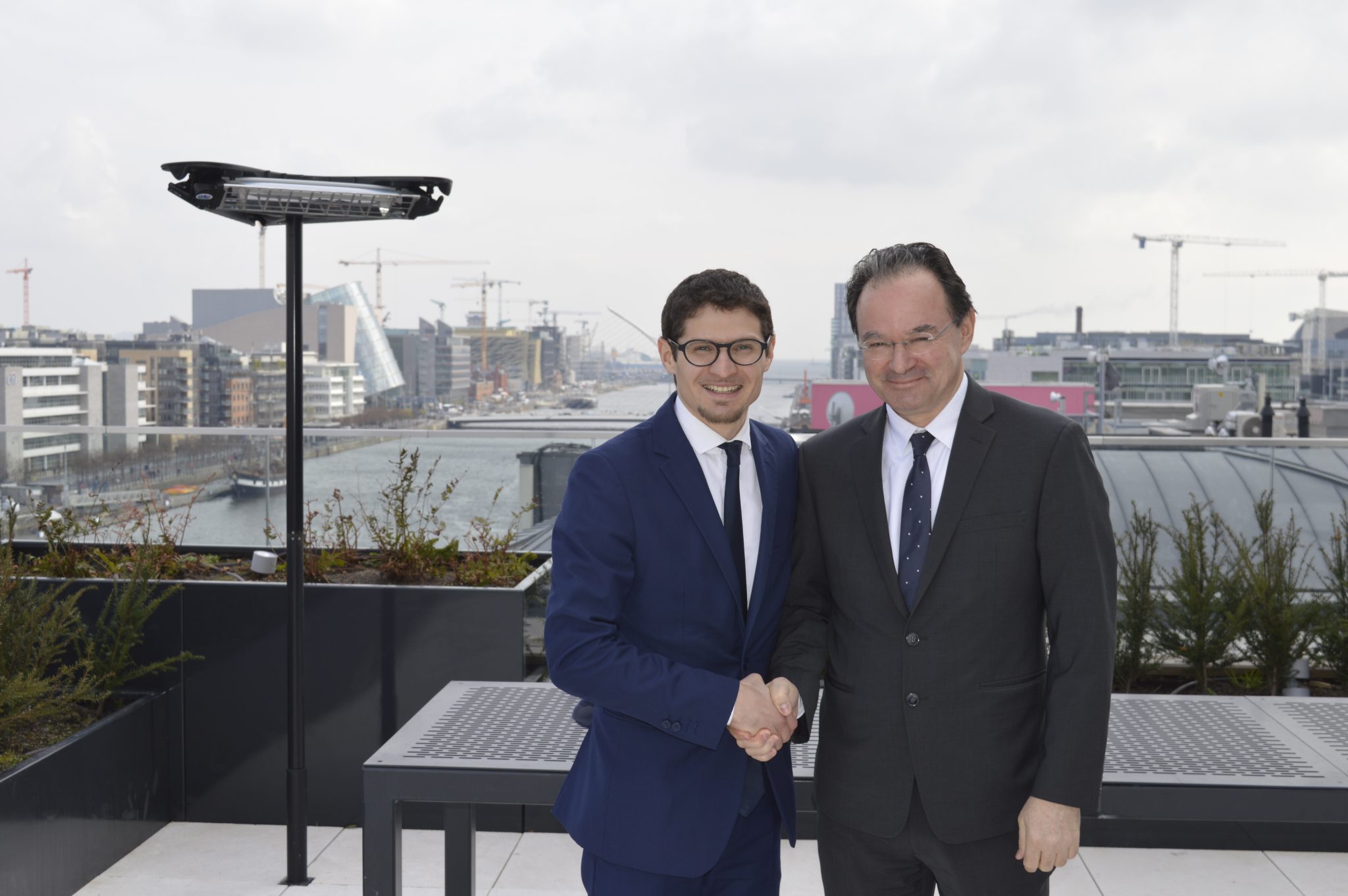 Professor Federico Fabbrini opened the policy dialogue welcoming the guest speakers and providing an overview of their background before inviting speeches and a lively question and answer session.

Professor Georgios Papakonstantinou addressed the policy dialogue by outlining in his opening remarks that Brexit developments are changing every day and noted that he was not a “Brexit specialist, not British and not an EU official” but was a “part time academic” with insight into the processes pertaining to Brexit due to “the Grexit that did not happen”.

Denis MacShane spoke widely and also critically on British political and journalism circles in the context of knowledge of Irish history and the importance of avoiding physical customs infrastructure in Northern Ireland. However he outlined that the British Prime Minister deeply understands Northern Ireland due to serving as Home Secretary. Mr MacShane commented he would be “fearful”  that participation in the European Parliament elections could result in greater numbers of Euro-sceptic MEPs.

Professor Papacostantinou commented that the Brexit negotiations could be viewed as a “battle between two different approaches” with the United Kingdom adhering to “fairly rigid ideological lines”, and the European Union “based on processes and rules”.

Dr MacShane spoke on the “very serious” the effect of Brexit on the unity of the United Kingdom questioning whether it could produce in a “dis-united kingdom”, referencing the referendum result in Scotland and Northern Ireland.