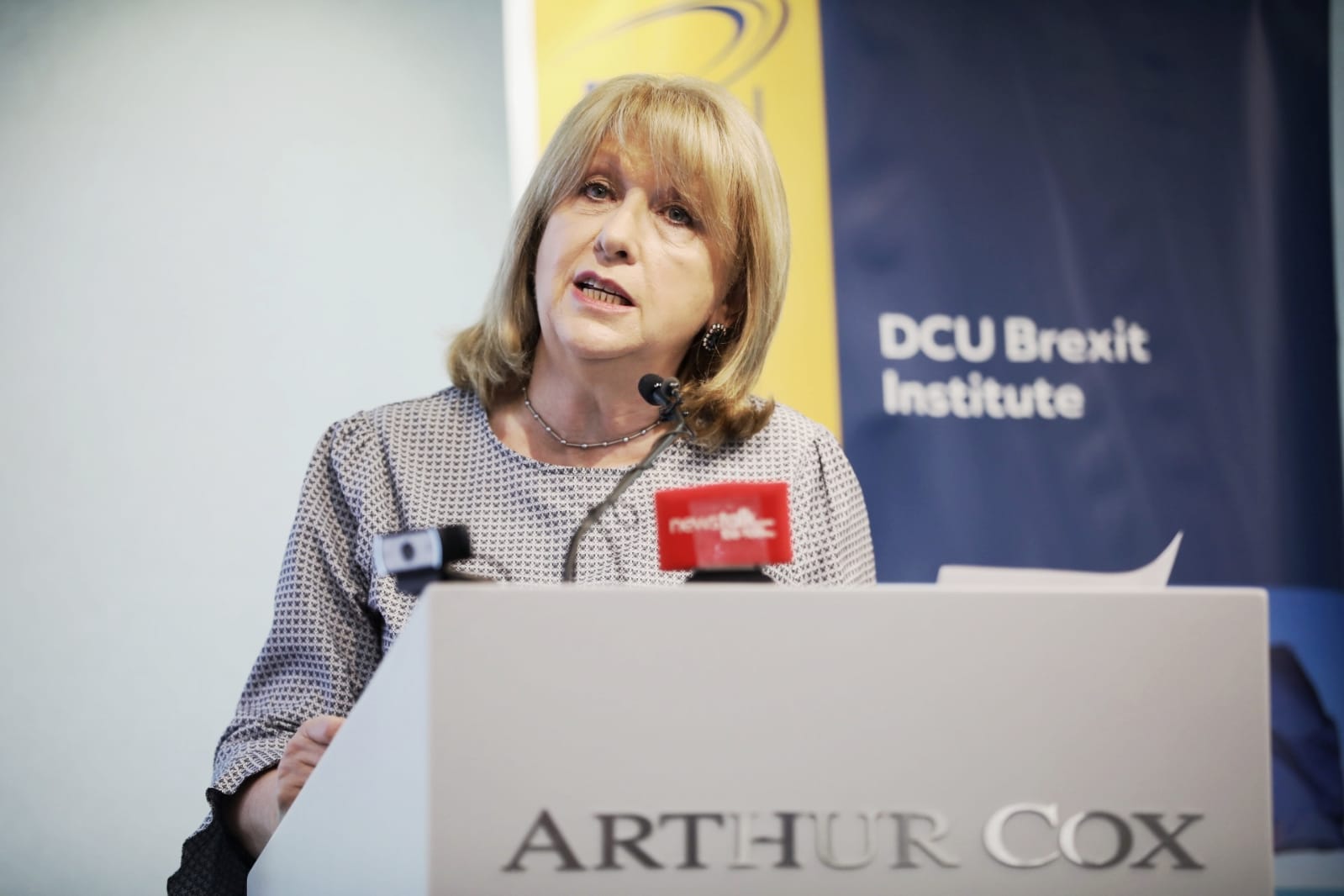 Ms. McAleese spoke of how she believed that Theresa May’s deal is the only hope for closure and the best hope for an orderly Brexit, and how on both the EU and Irish sides of the negotiations there has been a laudable farsightedness, a clear sightedness and a solidarity which has been very reassuring and important to the future of the European Union.

She addressed directly the consequences of plantation and partition and how they are now directly affecting the Brexit negotiations and of how we as a country must learn from the mistakes of Brexit and prepare for the possibility of a border poll and what may come after it.

She also spoke of how the Good Friday Agreement may not have passed if the possibility of the United Kingdom leaving the European Union had been on the table and of the importance of the assurances and deal secured by then Taoiseach Enda Kenny that “under the terms of the Good Friday Agreement and under the terms of the Irish constitution, if partition of this island was ended, then Northern Ireland would seamlessly re-enter the European Union.