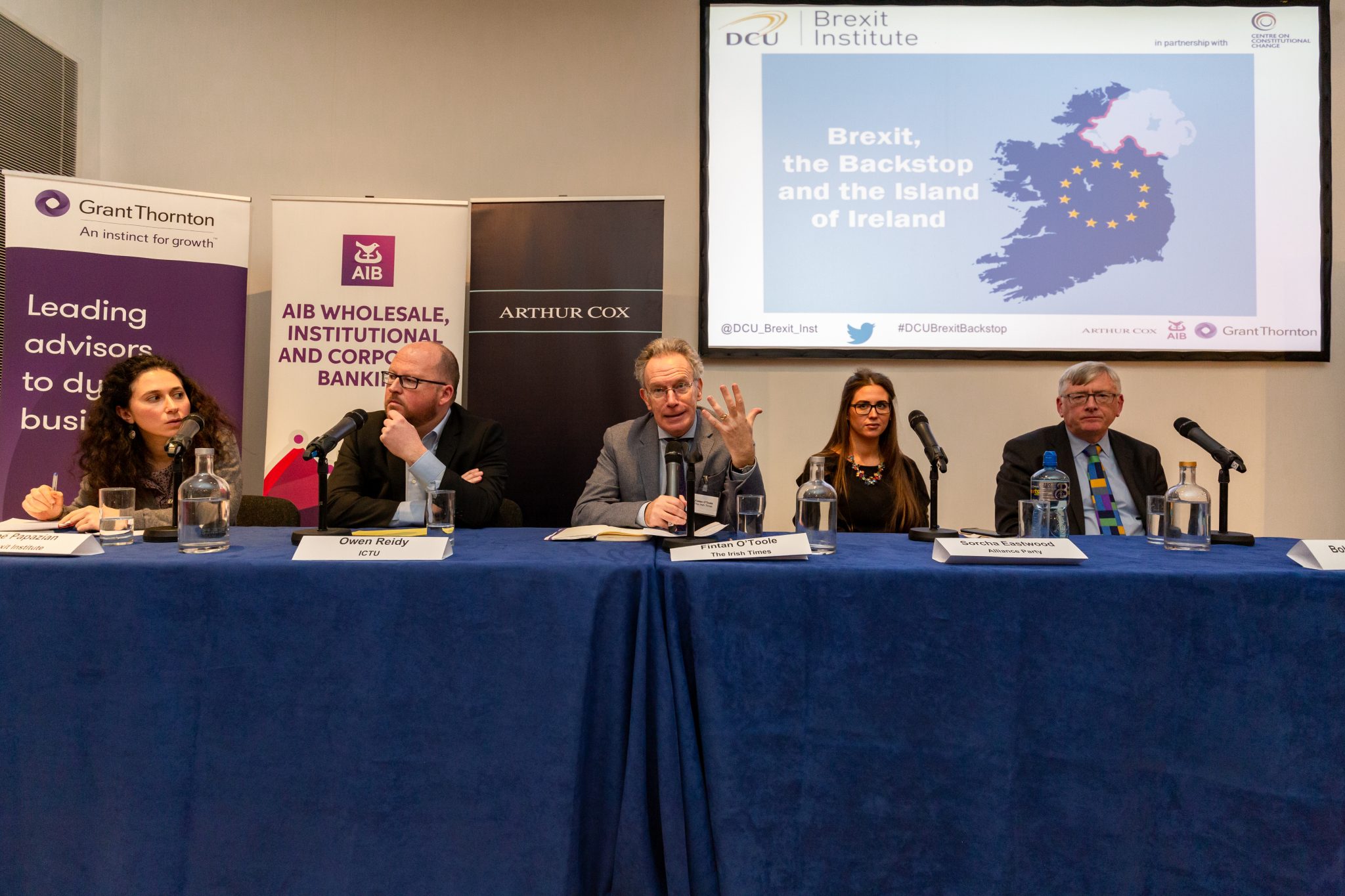 On 13 December, the DCU Brexit Institute held an event on Brexit, the Backstop and the Island of Ireland.

The event was held in partnership with the Centre for Constitutional Change and took place in the Helix on the Dublin City University Campus.

John Bruton provided the opening keynote which was chaired by President of DCU, Brian MacCraith.

The closing plenary was given by Giuliano Amato (Former Prime Minister of Italy; former Vice President of European Convention; Justice of the Italian Constitutional Court).

The discussions were recorded and will be available for viewing at a later date.