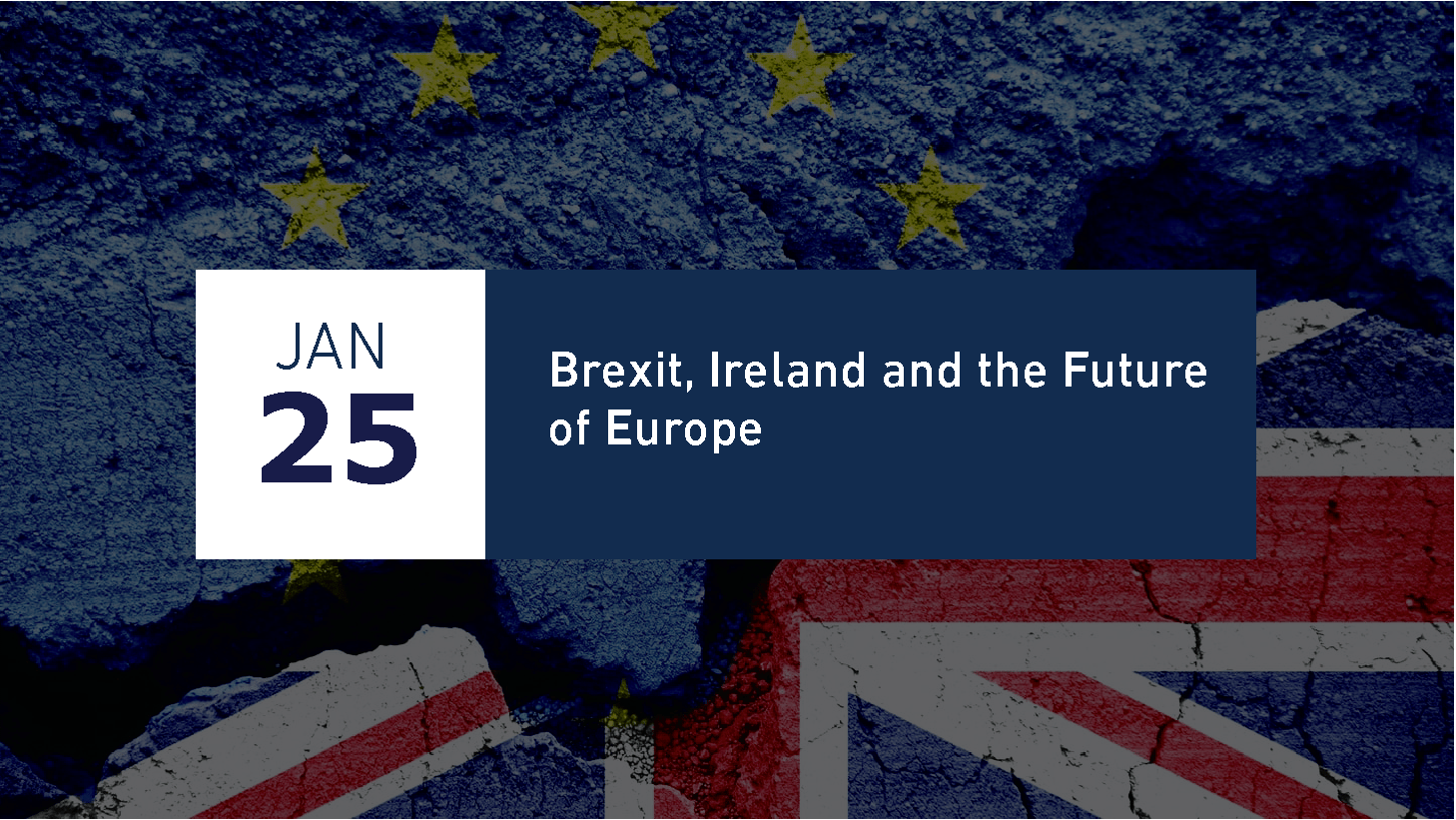 Inaugural event “Brexit, Ireland and the Future of Europe”

The DCU Brexit Institute Inaugural event on “Brexit, Ireland and the Future of Europe” took place at DCU on 25 January 2018 and hosted in partnership with European Movement Ireland.

The event was opened by a Keynote Address on “Giving the European Union a Future that will Engage Citizens – A Shared Challenge” by his Excellency Michael D. Higgins, President of Ireland. The audio version is available below.

Moreover, the event also featured Keynote Speeches on Brexit and the prospects of EU integration from Hilary Benn, Chairman of the UK House of Commons Committee on Exiting the EU, and Herman Van Rompuy, first President of the European Council, as well as a Presentation on the “Citizens’ Dialogue on Future of Europe” by Helen McEntee, T.D, Minister of State for EU Affairs.

A panel then discussed the issues of Brexit and the Future of the EU. It was composed of academics and representatives of civil society, namely Etain Tannam (Trinity College Dublin), Noelle O’Connell (European Movement Ireland) and Dan Kelemen (Rutgers University). Their presentations are available here (D. Kelemen) and here (E. Tannam).

Finally, after a panel of academics and representatives of civil society, the event was concluded by a final Keynote Address by Simon Coveney, Tánaiste and Minister of Foreign Affairs and Trade.

The programme of the event is available here (final version).

The event has been live-recorded and videos are now available:

If you missed it, you will find reports of the discussions and/or interviews of the speakers in the media: